Trailblazing women from the film and from Gloria Steinem's journey

Feminist, lawyer, congresswoman, and politician. Bold and outspoken, Bella Abzug was a leading liberal activist and politician in the 1960s and 1970s, especially known for her work for women’s rights. She knew from experience the challenges women faced professionally and politically. After graduating from Columbia University’s law school, Bella Abzug worked as a lawyer for a number of years. In the 1960s, she became involved the antinuclear and peace movements. To have a greater impact on the political process, Bella Abzug ran for Congress, winning a seat in the House of Representatives. Known for her big hats and an even bigger voice, Bella Abzug left her mark on U.S. politics as a women’s rights champion and determined antiwar activist.

To make a ”living legacy“ to their mother’s legendary work and to carry Bella’s dynamic leadership techniques as a Congresswoman, lawyer and internationally known feminist leader forward, in 2006 Bella’s daughter Liz founded the Bella Abzug Leadership Institute Inc.(BALI) a 501 c-3 not for profit leadership training organization for high school and college young women. Bali “inspires girls and young women to lead the future”. BALI instills young women with the necessary skills to become effective, dynamic and visionary leaders through intensive leadership and debate training programs. BALI trains and prepares out young women with a specific skills based curricula necessary to help them become visionary leaders in civic, corporate, political and community life.

Inspired by her grandmother’s resilience, and after graduating as valedictorian from Shaw University, Ella Baker relocated to New York City to begin her social activism journey. She joined the Young Negroes Cooperative League, committed time to several women’s organizations, and later became involved with the NAACP. Under the leadership of Martin Luther King Jr, she organized with the Southern Christian Leadership Conference (SCLC), and alongside other Shaw student activists, would eventually go on to become the primary advisor and strategist for the Student Nonviolent Coordinating Committee (SNCC). She was steadfast in her belief that youth participation in the movement was critical. Baker vehemently spoke out against racism and sexism and would go on to become one of the most prominent women in the human and civil rights movement.

Born into poverty and having worked decades on a plantation, Fannie Lou Hamer was committed to fighting for the rights of African Americans. Inspired by their activism, Hamer joined the Student Non Violence Coordinating Community (SNCC), and years later she went on to co-found the Mississippi Freedom Democratic Party (MFDP), challenging local efforts to block black civic participation, and ultimately securing her role as a member of Mississippi’s first integrated delegation. After organizing Freedom Summer, being barred from the House of Representatives ballot, and becoming one of the first black women to stand in US Congress, she went on to found the National Women’s Political Caucus. With the famous words “I'm sick and tired of being sick and tired”, Hamer secured her legacy as one of the most powerful and resilient voices of the voting rights movements and in the fight for greater economic opportunities for African Americans.

After earning a college scholarship and being admitted to Barnard College, Dorothy Irene Height was denied the right to attend because she was African American. Height went on to receive a bachelors in education and master’s in psychology from New York University and would become one of our nation’s fiercest advocates for civil rights. She became a leader in the Harlem Young Women’s Christian Association (YWCA), developing diverse programs and pushing the organization for nationwide integration. In her 40 years as President of the National Council of Negro Women (NCNW), she focused on ending the lynching of African Americans and restructuring the criminal justice system. Height leaves a lasting legacy as a longtime leader pioneering the intersection of gender and race activism within the civil rights movement.

Inspired by her mother’s independence and having witnessed discrimination early on, Dolores Huerta’s journey as an organizer began with the Stockton Community Service Organization (CSO) – the meeting place of Dolores and renowned activist César Chavez. Huerta went on to found the Agricultural Workers Association, set up voter registration drives in her local community, and demand barrio improvements. Ultimately, she and Chavez would leave CSO to launch the National Farm Workers Association (NFWA), where they led grassroots organizing efforts, famous boycotts, and rallied support for Democratic candidates. In 2012, Huerta received The Presidential Medal of Freedom, and to this day, through her eponymous Foundation, Huerta advocates for, and inspires leadership amongst, working women and children of color. Huerta has solidified her standing as one of our nation’s most influential labor activists and Chicano civil rights leaders.

From a young age and as the result of traumatic experiences surrounding her father’s death, Pitman Hughes committed her life to activism. She organized a multiracial cooperative day care center, a shelter for battered women, and co-founded the pioneering New York City Agency for Child Development. She regularly spoke publicly about race, class, and gender struggles. Pitman Hughes has dedicated her later years to the community of Jacksonville – inspiring economic mobility, increased access to services, and community organizing. She co-founded the Charles Junction Historic Preservation Society in an effort to combat poverty through community gardening, opened Gateway Bookstore, and worked alongside Episcopal Children’s Services.

“Flo” Kennedy was a trailblazing American lawyer, feminist, civil rights advocate, lecturer, activist and national leader in the Black Power movement. Wearing her signature cowboy hat, pants, and pink sunglasses, Flo Kennedy embodied courageousness as a fearless crusader against all forms of institutionalized oppression. Only the second Black woman to graduate from Columbia Law School, Kennedy began her law career in 1951 fighting systemic racism in the court system before turning her energy to activism, fighting for women's liberation, abortion rights, and civil rights. As a national leader in the women’s liberation movement, Kennedy was an original member of the National Organization for Women (NOW), and joined the group Radical Women to protest the 1968 Miss America pageant in Atlantic City, New Jersey. In the 1970s, Kennedy traveled the lecture circuit with writer and feminist Gloria Steinem. In 1971, Kennedy was a founding member of the National Women's Political Caucus. She also founded the national Feminist Party, which in 1971 nominated Congresswoman Shirley Chisholm (D-NY), the first Black woman elected to Congress as a 1972 candidate for President. Flo Kennedy was known as "one of the most wonderfully outrageous pioneers of feminism in America.

The National Women’s Political Caucus is a national, pro-choice, multi-partisan, grassroots membership organization dedicated to identifying, recruiting, training and supporting women candidates for elected and appointed office. Founded in 1971 by Gloria Steinem, Bella Abzug, Shirley Chisholm, Florynce Kennedy, Betty Freiden, Jill Ruckelshaus, Liz Carpenter and several other women, NWPC was instrumental in reintroducing the Equal Rights Amendment for ratification and changed the political landscape for women by recruiting and electing pro-choice women to office at all levels of government. Learn more and listen to our collection of historic speeches by feminist leaders from our archives below: 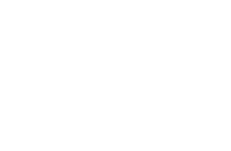 Wilma Pearl Mankiller was a Cherokee activist, social worker, community developer, and the first woman elected to lead a major Native American nation in the United States. She served 12 years in elective office at the Cherokee Nation, the first two as Deputy Principal Chief followed by 10 years as Principal Chief. During her three terms, Mankiller tripled her tribe’s enrollment, doubled employment, and built new housing, health centers, and children’s programs. Under her leadership, infant mortality declined and educational achievement rose. Until her death, Mankiller worked tirelessly for the advancement of Indigenous peoples and women’s leadership in the U.S. and abroad.

A project of the Wilma Mankiller Foundation, “The Cherokee Word for Water” is a full-length feature film about a Cherokee community, its indomitable courage and the leadership of Wilma Mankiller, whose unwavering dedication and leadership led a community to self-sufficiency and self-determination. The film was voted Best American Indian Film of the last 40 years by AIFI. 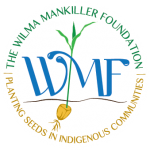